We are delighted to welcome director Juraj Herz as a special guest of our conference. Herz`s feature film debut is regarded as the best film adaptation of Hrabal`s prose: Sběrné surovosti / Scrap Brutalities (1965).The darkly absurd Spalovač mrtvol / The Cremator followed in 1968. 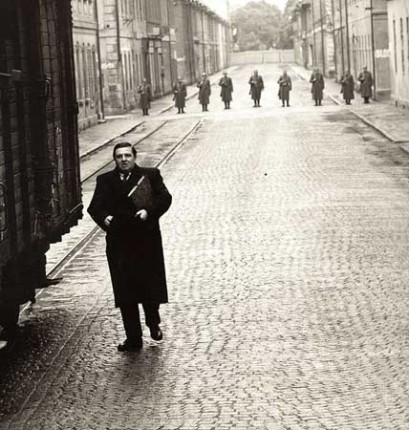 On Saturday, Sept 6, we will show the film Transport z ráje / Transport from Paradise (1962), directed by Zbyněk Brynych, based on book and script of former inmate of the ghetto, Czech novelist Arnošt Lustig. Juraj Herz, himself a survivor of the Holocaust, not only acted in this early nouvelle vague film about Terezín but also influenced the making of it – as Brynych`s assistant.