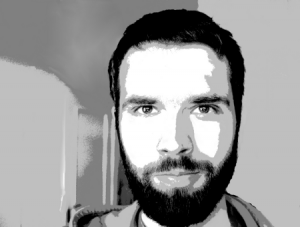 The project “Theresienstadt explained” aims to make the film “Theresienstadt: Eine Dokumentation aus dem Jüdischen Siedlungsgebiet” accessible for learning purposes. Therefore we try to identify people, places and the intrinsic propaganda in relation to its temporal appearances. As a result the film shall become augmented and therefore easier comprehensible for those who are not familiar with the depicted information and hidden meanings. For educational purposes we aim at three use cases: (1) supporting interactive live screenings by navigational aids and augmented data (e.g. at the memorial state or at the volunteer-led Youth Centre in Terezin); (2) individual self regulated learning in the web for an international audience; (3) scripted collaborative learning in small groups by analysing and discussing the film in a classroom. So far we obtained a high quality reproduction of the film from the German Federal Archive in Berlin that we rearranged according the original screenplay. At present 47 persons have been identified and almost described with biographical data or even short biographies. Currently we are developing a video learning environment that incorporates the film-related information along various navigational dimensions. Users are able to browse single scenes and identified persons. The perception of the film is aided by a table of contents (scenes), highlighted persons and a adjustable playback speed. In the next step we are going to contrast locations of the filming in 1944/45 with today’s views supplemented by a map.

The organisation and software development is resided at the International Institute Zittau at Dresden University of Technology. Currently the volunteers at the Terezin Youth Centre are cooperating in the content production. Finally members of the sociocultural centre Hillersche Villa in Zittau that once inspired the project participating and supporting “Theresienstadt explained” in many different ways.